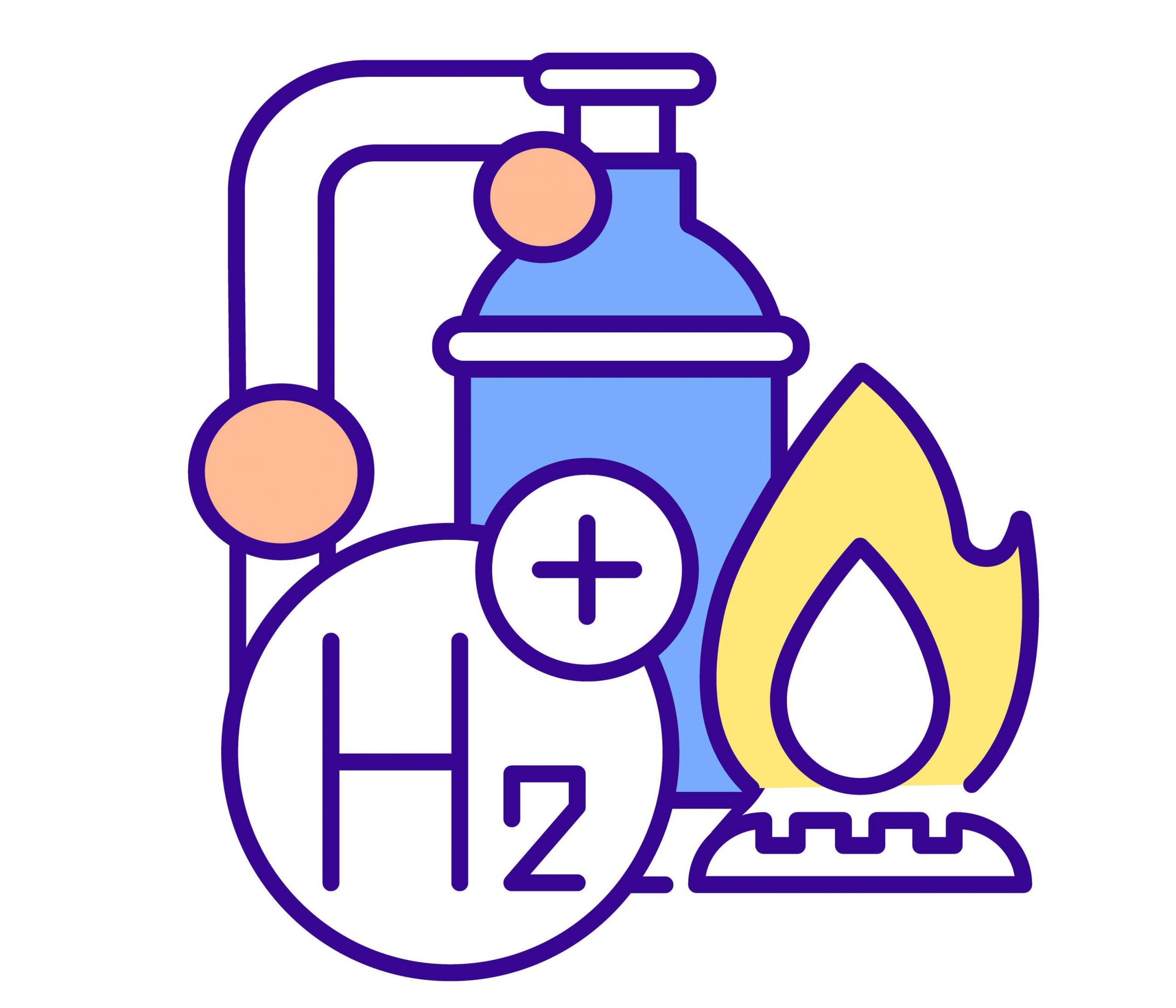 Everything You Need to Know About Hydrogen Boilers

You probably don’t need us to tell you that your boiler uses natural gas in order to power itself and heat your home. However, what if we told you that could soon be a thing of the past?

With the news that the UK has announced plans to be a ‘world-leading hydrogen economy’, as well as plans to incentivise ‘clean heat’, talks of the move to hydrogen boilers has become a growing topic for all.

But just what exactly is a hydrogen boiler – and what does this change mean for you?

What is a hydrogen boiler?

How do hydrogen boilers work?

Hydrogen boilers operate similarly to your standard boilers, albeit with some slight differences:

The gases are burned

Once the hydrogen and oxygen enter the boiler, they are burned together using a flame inside. As previously mentioned, a different flame detector is used in hydrogen boilers to limit how much is burned due to hydrogen being a far more flammable gas than natural gas.

The pipes are heated

As the hydrogen and oxygen are heated, they pass through a series of pipes. These pipes contain cold water which then warms up rapidly as the gas passes through them creating hot water which can then be used around the home.

How efficient are hydrogen boilers?

One of the main advantages of hydrogen boilers over standard ones is that they are far more efficient when it comes to heating your home. Just 1kg of hydrogen creates as much energy to power your boiler as 2.8kg of gas would, meaning less gas is needed to achieve the same effect.

Hydrogen boilers are also seen as efficient when it comes to helping the environment as they don’t need to use fossil fuels. Households are actually one of the highest contributors to greenhouse gas emissions in the UK, so the possibility to introduce hydrogen, a fuel that produces zero emissions, is seen as very welcome indeed.

Can gas boilers be converted to hydrogen?

Due to hydrogen boilers working in a similar way to standard boilers, only a few components need to be changed in order to change one into a hydrogen boiler, namely the flame detector.

Of course, you’ll need your gas supply to be changed to hydrogen in order to reap the benefits. The rollout for this in the UK is proposed to begin in 2023, although it is likely to be introduced slowly through a process known as hydrogen blending. Instead of converting to hydrogen overnight, hydrogen blending involves slowly introducing hydrogen into the mix over time, with a proposed 20% blend to begin with.

Are hydrogen boilers cheaper than gas?

When it comes to price, the good news is that hydrogen boilers should cost around the same price as a standard combi boiler, so you can expect a price range of around £500 to £3000, depending on brand and size.

As for running costs, that’s a little harder to determine. While increasing energy costs could theoretically mean running a hydrogen boiler could be cheaper in the long run, uncertainty about the price of hydrogen compared to natural gas should hydrogen boilers become mainstream, remains to be seen.

Here at Aquaheat, we believe hydrogen boilers will be the future when it comes to heating your home. That’s why we’re proud to already sell Worcester Bosch Hydrogen ready boilers so you can take advantage of their benefits right away.

For more information, contact a member of our experienced team today.